Posted on April 23, 2015 by bullersbackporch

I took a break from blogging, resulting in a bit of a gap here. So, I started musing a bit about gaps, those spaces “in-between” where we let go and let fly the thought or the action, hoping we connect somehow. Whether it’s a synapse, a thrown ball, or a band jamming onstage, there’s magic happening in that space between. 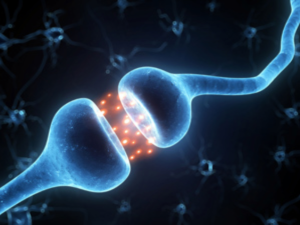 Think about a synapse — and you just triggered dozens, maybe hundreds of them. An electrical impulse races excitedly through the brain but must make the leap across a synapse to spark further thought or action. The right balance of neurotransmitters have to be there, and the impulse must exceed the threshold potential to make the jump.

How many thoughts or impulses fail to bridge the gap and fizzle out in-between? 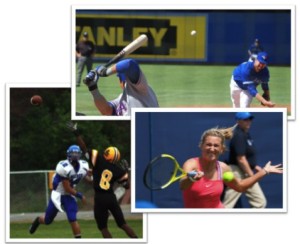 In sports, the physical competition between athletes often gets mediated through the arc of a ball — thrown, as in baseball, football or basketball; or hit, as in, well, baseball, golf, or tennis.

While flying “in-between”, so many things can interfere with the trajectory that there is an element of mystery and magic involved. Add in other players, and connecting almost seems to require real magic happening.

It is the unpredictability of the throw or hit combined with the skilled attempts at completing — or disrupting the completion — that makes the magic of either outcome.

For me, the richest form of magic “in-between” comes dying live music. Watching a band play, particularly a tight band well-versed in their verses — the Grateful Dead, for instance — there’s an almost palpable web of energy woven between players, push the rhythms and melodies back and forth.

Some nights, this invisible force almost appears visually, as if another part of the spectrum somehow becomes visible showing vibrational harmonies flowing back and forth between the players. The intricate interplay of instruments and musicians pulses with energy.

So mind the gap — in blog posts, synapses, ball games, and bands — that’s where the magic happens.

I am a native Austinite, a high-tech Luddite, lover of music, movies and stories and a born trainer-explainer.
View all posts by bullersbackporch →
This entry was posted in brain, creativity, music, musicians, performances and tagged Grateful Dead, in-between, sports, synapse. Bookmark the permalink.

1 Response to Mind the Gap