Triple Bill for the Weekend

Posted on October 22, 2016 by bullersbackporch 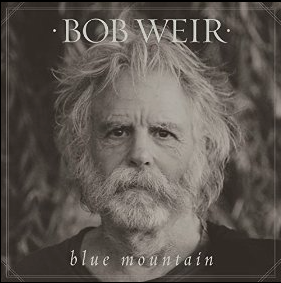 The Grateful Dead’s perennial kid, Bob Weir,  has aged and mellowed into a wizened sage since he first joined the band while still in high school. He’s still out there exploring different musical styles and sharing stages with musicians of all ages and musical styles, mining deeply the old Dead catalog, as well as his own treasure trove of songs.

For his first solo album in many years, though, Bob revisited an early summer experience working on a ranch in Wyoming as a teenager.

Yes, this might seem like a bit of a twist for folks unfamiliar with some of Bob’s background, but he’s been singing what some Deadheads used to derisively call “the cowboy songs” like his own Mexicali Blues as well as traditional tunes (Dark Hollow) and country standards by the likes of Merle Haggard (Mama Tried), the whole time.

Anyway, I found easily half of the songs to be instant earworms and have been immensely enjoying the entire album. Here’s Bob performing one of the new songs, Only a River:

Christopher Guest, who brought us such brilliantly hilarious mockumentaries as Waiting for Guffman, Best of Show, and A Mighty Wind, has sprung another great one focusing on the eccentric obsessions of the people deeply involved in the world of sports mascots. 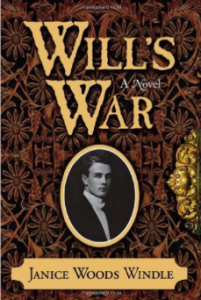 Sometimes, you buy a book and it sits on the shelf awhile. That was my experience with this one by Janice Woods Windle — until last week, when I went from reading a chapter at a time at the beginning to can’t-put-it-down from mid-point till the end.

I’d previously read Janice Woods Windle’s first novel, True Women (as well as the TV movie), enjoying her take on an interesting stretch of Texas history in the 19th century. I especially appreciated her centering the book on the tales of three strong women, providing a female perspective on what has been too often been a male-dominated history.

Once again for Wills’ War, Windle has found inspiration in stories from her own deep, deep Texas roots. This tale relates her grandfather’s 1917 trial for treason in Abilene, Texas in 1917, set against a background of the recent entry of the United States into the war with Germany, and a rising tide of anti-German hatred as well as anti-labor-unionism. We forget the hysteria that led to persecution, beatings, and killings of Texans of German descent across the state. Will Bergfeld was just one of 52 men put on trial at the same time for alleged anti-conscription conspiracies related to the Farmers’ and Laborers’ Preventive Association, or FLPA.

Drawing on court documents, personal journals, and family memories, Windle weaves an intricate tapestry, once again using the voices of 3 women to tell a tale of moral bravery and strength under extreme pressure. More than masterful courtroom drama, she captures the inherent goodness of mot of the people even in the near-toxic atmosphere of the times.

Well, those three oughta keep ya busy awhile — at least through tomorrow.

I am a native Austinite, a high-tech Luddite, lover of music, movies and stories and a born trainer-explainer.
View all posts by bullersbackporch →
This entry was posted in books, Movies, music, musicians and tagged Blue Mountain, Bob Weir, Christopher Guest, Janice Woods Windle, Mascots, Will's War. Bookmark the permalink.