Posted on August 7, 2018 by bullersbackporch 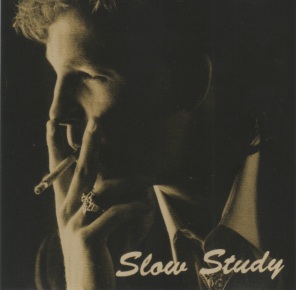 Another one of Will’s early songs, originally included on his 1989 self-released cassette, Slow Study.

Fifteen and poor,
The youngest of four
Walks through the door
Of Mr. Johnson’s store.
Short of silver to pay,
He put the bread back on display.
He heard Mr. Johnson say,
“They’re on special today.”

He answered, “Thank you kindly,
Be sure to remind me
All I owe the store —
I’ll settle up the score.”

Mr. Johnson knew
He wore holes in his shoes
Walking miles in morning dew,
Delivering the news.
He brought the papers to the store
And found a bicycle by the door.
A note told who it was for:
“Now, boy — don’t you bring them late no more.”

He answered, “Thank you kindly,
Be sure to remind me
All I owe the store —
I’ll settle up the score.”

From baseball cards to shaving cream
To a letter from a college dean,
The counter at the store had seen
Knee-high turn to nineteen.

In a Cadillac four-door,
The father of four,
Drove up just like he swore
To Mr. Johnson’s store.
But the store was all closed down,
And Mr. Johnson wasn’t around.
There’s just a letter he had bound
To the news of the town.

It said, “I read about you, son,
And how well you have done.
I’ve been faltering some
And I knew that you would come.
When you read this, I’ll be free —
You don’t owe a dime to me.
How I wish that you could see
My golden memories.

So, thank you kindly,
You’re shining inside me,
Now don’t you tarry any more —
You settled up the score.”

I am a native Austinite, a high-tech Luddite, lover of music, movies and stories and a born trainer-explainer.
View all posts by bullersbackporch →
This entry was posted in music, musicians, songs and tagged Mr. Johnson's Store, Will T. Massey. Bookmark the permalink.