Happy Birthday to Me!

Posted on September 24, 2019 by bullersbackporch 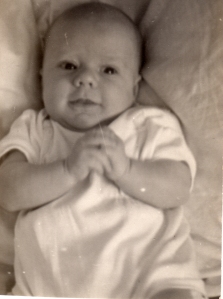 Though I do not actually remember my first birthday, I have black & white home movie footage of my 1st birthday party my folks took at the time, complete with my first birthday cake. It’s followed by another scene from my childhood, shots of a spider monkey belonging to friends of my parents living in the trailer park with us while Dad worked on traveling seismic crews.

Yeah, that was my 1st birthday — cake, and then a spider monkey. Birthdays have kinda crazy ever since.

For instance, there was my 30th birthday, when friends came over for a basic South Austin backyard beer bash to celebrate the momentous occasion. Then, they convinced to pose for a group photo. They didn’t mention the pie Charlie would put in my face at the perfect moment. 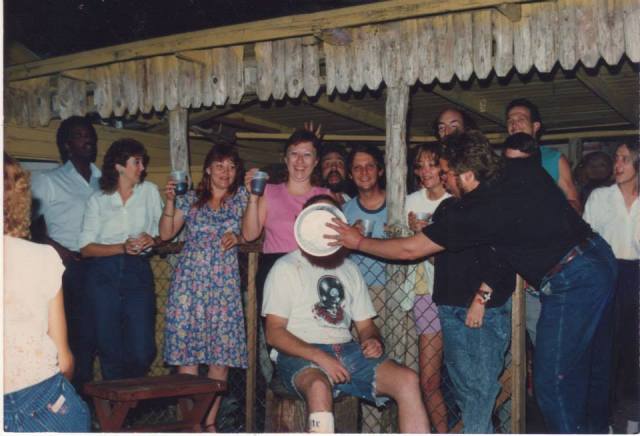 By my 40th birthday, things were calmer for the most part. By now, many of those same friends had kids to bring along, so we rented out the recreation hall at Buescher State Park for the weekend.  That gave us plenty of room for friends and families to stay overnight while others booked nearby camping sites. We had a marvelous fall weekend enjoying the rec hall, especially the huge barb-b-cue pit. Yeah, we ate good that night.

Then, my old buddy, Pat, showed up — with his cannon. Yes, his cannon. It was a tiny thing really, but pack it with black powder and you’re in for a surprise. He grinned as he pulled it out, saying, “Happy Birthday!”

“No, Pat,” I told him, “No way. No cannon. I’ve got a deposit down on this place and I want to get it back.” Eventually, he agreed. That is, eventually, he agreed to a compromise. He would shoot the cannon off only once, just before leaving, so I could have some good old-fashioned “plausible deniability.”

So, when the party died down and everyone else had drifted away to various camps and beds, leaving only Pat & me, he pulled the cannon out again.

“BOOM!” it echoing through the park, followed quickly by the sound of gravel shooting out as Pat peeled out before anyone could respond. Sure enough, about 5 minutes later, a ranger car rolled slowly but silently through the curved drive up to the rec hall, just checking things out as I secretly watched from an inside window in the dark. But Pat was long gone — just like that year’s birthday.

We don’t do that any kind of thing for my birthday any more. Much quieter celebrations. 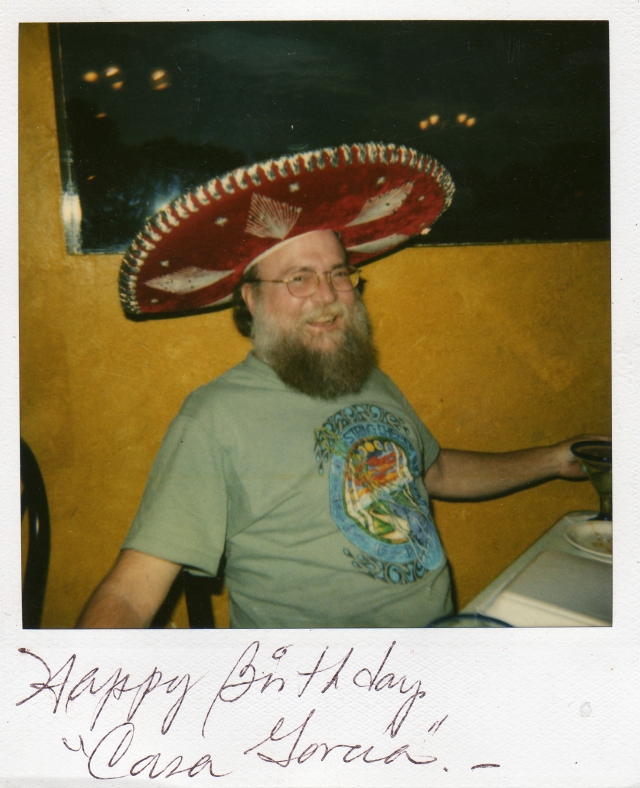 Happy Birthday to Me!

I am a native Austinite, a high-tech Luddite, lover of music, movies and stories and a born trainer-explainer.
View all posts by bullersbackporch →
This entry was posted in aging, Buller and tagged birthday. Bookmark the permalink.