Posted on December 22, 2021 by bullersbackporch 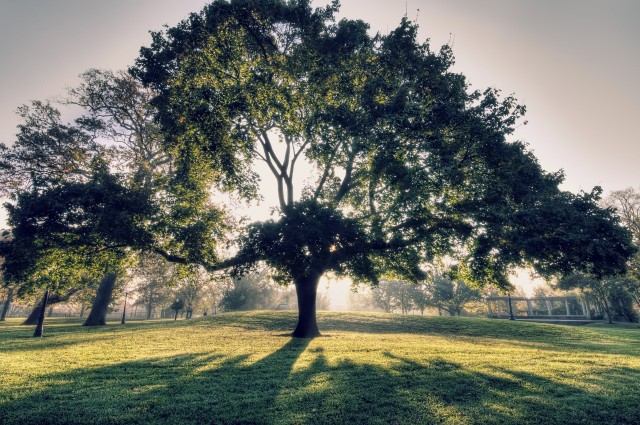 “A society grows great when old men plant trees whose shade they know they shall never sit in.”

My friend, Brad Rowland, just made Forbes magazine for his efforts at rural revitalization.  as “part landlord, part cheerleader and part prophet for a new version of rural America.” The Emergent Campus, housed in the historic Florence High School, represents a major step forward for FEDC TechSTART, the group I volunteer with.

I knew one of the things I would miss when we left Austin was finding a group of kindred spirits: creative entrepreneurs or tech innovators, like I’d known in groups like Creative Mornings Austin. I got lucky indeed, meeting Brad and discovering FEDC TechSTART in their first year as a co-working cluster on Cañon City’s Main Street. I jumped at the chance to lease an office in what promised to be a physical nexus of kindred souls.

When TechSTART first opened its doors, a lot of skeptics said we’d never find enough tech workers or businesses to fill it up — but within a couple of years, there was a waiting list for people to move into an office. Then, just as our office space was full to bursting, (including Unbridled, a major investor planning to rehab the historic Hotel St. Cloud among other Main Street properties), the old high school building in nearby Florence became available for purchase — and Brad brokered a deal to buy it.

The Emergent campus already has filled much of the space in that historic building with remote workers for distant companies as well as a few local entrepreneurs and small companies. The center of gravity for TechSTART shifted and we’re no longer the major tenant in the former office space on Main Street. Unbridled bought that building and will be headquartering their renovation efforts from there.

I almost feel like I’ve been left behind after helping get the joint going. Except that I remain excited about the activity over at Emergent, even if I can’t just stroll down there like I could for our Main Street office.

In fact, this sort of thing has happened to me before. I started my association with Austin Community Television (ACTV) when ACTV only had 2 cameras and 2 reel-to-reel video porta-pak video recorders. When even one of those 4 pieces broke down, it was months before we could raise funds to repair it. Later, after we got some city funding from the cable franchise fees, I was elected as a producer representative to the Board of Directors. Before I knew it, I ended up as accidental President of the Board — just in time for the cable company to request a rewrite of their franchise obligations.

In the ensuing “Cable War of ’87” (my moniker for that episode that no one else uses), I helped coordinate a group of people involved in various community interests from churches to punk bands to political activists and assorted individual producers. We won that campaign and the city held the cable company to their promises, including building a brand new studio specifically for public access use.

That professional-grade access television studio proved to be a great launching pad for an entirely new era of access programming with higher production quality— and live shows. Meanwhile, I had faded from the access scene for personal reasons just as success started to breed notoriety for up & coming producers like Richard Linklater (“Slacker,” “boyhood”) and, unfortunately, Alex Jones — free speech gets messy.

Same thing, more or less, happened with SXSW for me. Few remember the origins, but now world-renowned, South by SouthWest started as a hometown celebration. With thousands of UT students out of town for spring break, both bands and bars suffered low attendance. SXSW turned “What if…?” into a reality, organizing a line-up of local and regional acts in a number of bars — all for one price! Those first years, it was no trick to move from bar to bar to see multiple acts through the evening. I recall hitting 8 venues and seeing 30 acts one early year.

Soon, however, word got out and the fame of SXSW spread. One year, I went to see my cousin, Will T. Massey, at a packed Chicago House. That year, Will became one of the early success SXSW stories, getting signed to a major label deal from that Chicago House showcase. By the next year, I couldn’t get into Chicago House to see his show. I’d arrived an hour early, too late to get in. Another few years, I gave up on official showcases, hitting unrelated showcases instead.

Along came the SXSW Film + Media Festival in 1995, and again, I got in on the ground floor. I watched those two split and grow as the Media portion morphed into the Multimedia Festival and finally the Interactive Festival. Well, that outgrew — and outpriced! — me years ago. Now, I’m happy to hang on to the tiniest of the SXSW festivals, SXSW Edu. That’ll probably outgrow me in time, too.

So, watching our fledgling FEDC TechSTART blossom into the amazing Emergent campus as featured in Forbes? It’s like watching one of those shade trees grow enough to offer a brief respite. Think I’ll fade to the shade here and rest a little before planting another shade tree.

I am a native Austinite, a high-tech Luddite, lover of music, movies and stories and a born trainer-explainer.
View all posts by bullersbackporch →
This entry was posted in Cañon City, community, SXSW and tagged ACTV, Austin Community Television, Emergent Campus, FEDC TechSTART, SXSW. Bookmark the permalink.