Here They Come to Save the Day!

Another in the series of undeveloped ideas, concepts, and works-in-progress that may or may not ever see further development.

What the world really needs right now is another group of superheroes here to save the day. Sure, we’ve already got more than a few of those around — but you gotta admit we need all the help we can get to save the day, given the days we’ve been having these days.

And while your typical superhero team of may be constantly busy saving the World, let’s consider the need for some part-time superheroes. Kinda like a set of relief pitchers standing by. And you gotta figure their superpowers might be a bit, well, unusual, or they’d be in the Big Leagues. They pretty much focus on minor major emergencies and leave saving the Earth — or the Cosmos! — to the Avengers or the X-Men or the Justice League or whoever’s on call this crisis.

Enter the people of PLUSH, the Part-time League of Unusual Super-Heroes. 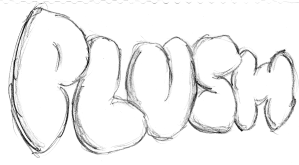 These folks are never going to save the world, much less the Universe. But somebody ought to be out there saving the small towns and cities of the world, maybe even the neighborhoods. We all  face what look like overwhelming problems and every day has the potential for a minor catastrophe or two. You know we could all use a little bit of extra help now and then. So, let’s meet the superheroes we really want for the everyday rescues we all could use:

As you can see from the brief descriptions, these remain rudimentary character sketches. Further development would require some great graphics and some stories to tell, including the team battling an arch-enemy or two. So far, all I’ve got for you are the bare bones of a quirky set of characters as a concept for a comic book series.

Anybody out there want to help make it “real”?

I am a native Austinite, a high-tech Luddite, lover of music, movies and stories and a born trainer-explainer.
View all posts by bullersbackporch →
This entry was posted in creativity, doodle, fiction and tagged superheroes. Bookmark the permalink.